Recommendations in light of the high incidence of influenza in Andalusia

Influenza is a severe and highly contagious disorder produced by the influenza virus (A + B). It affects the airways and causes a high temperature, very intense headache and muscular pain, with feelings of tiredness, sometimes accompanied by vomiting, coughing, hoarseness, a sore throat, a blocked nose, runny nose or even diarrhoea. 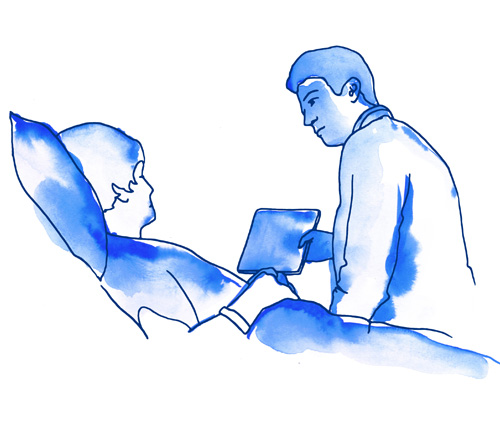 Influenza should not be confused with the common cold: the common cold has a longer period of incubation (48-72 hours) and rarely brings on a high temperature, also it can be caused by many viruses (predominantly Rinovirus and Coronavirus); whereas influenza comes on very suddenly and its symptoms are more serious as they include a high temperature.

The highest peaks for influenza activity are usually in the months of January, February and March; in Andalusia we are about to reach the level of 40 cases/100,000 inhabitants, which can almost be considered as a state of epidemic.

To avoid catching the flu, there are vaccines that are given every year at the end of autumn and in early winter, because the type of virus in circulation changes each year. Although it is best to have the vaccination at the end of autumn, beginning of winter, if you have it in later months it is also effective, bearing in mind that the virus can still be around in the months of March and April.

Since the flu can have serious complications such as pneumonia caused by the virus itself or by a bacterial superinfection, it is recommended that the following groups should be vaccinated:

To combat influenza, at present we employ the specific treatment of an antiviral drug (Oseltamivir) which shortens the length of the illness and helps prevent complications. Since colds and the flu are viral infections, they should not be treated with antibiotics, except if they produce bacterial superinfections. The treatment of viral infections with antibiotics has no effect and produces bacterial resistance.

The influenza virus can be detected in the laboratory by means of the RNA influenza virus detection technique, which is the standard reference. To diagnose it, all that is needed is a sample of a nasopharyngeal secretion. 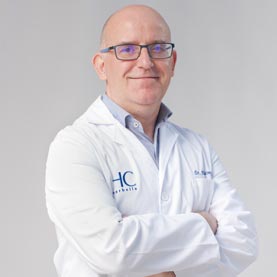 Blanca Gil, the human face of the operating room of HC Marbella

Diagnostic and therapeutic imaging, in a maximum security environment