Beta-amyloid PET imaging is a technology which enables us to diagnose Alzheimer’s when symptoms are still mild, enabling a plan to be established, slowing down deterioration and improving the patient’s quality of life. 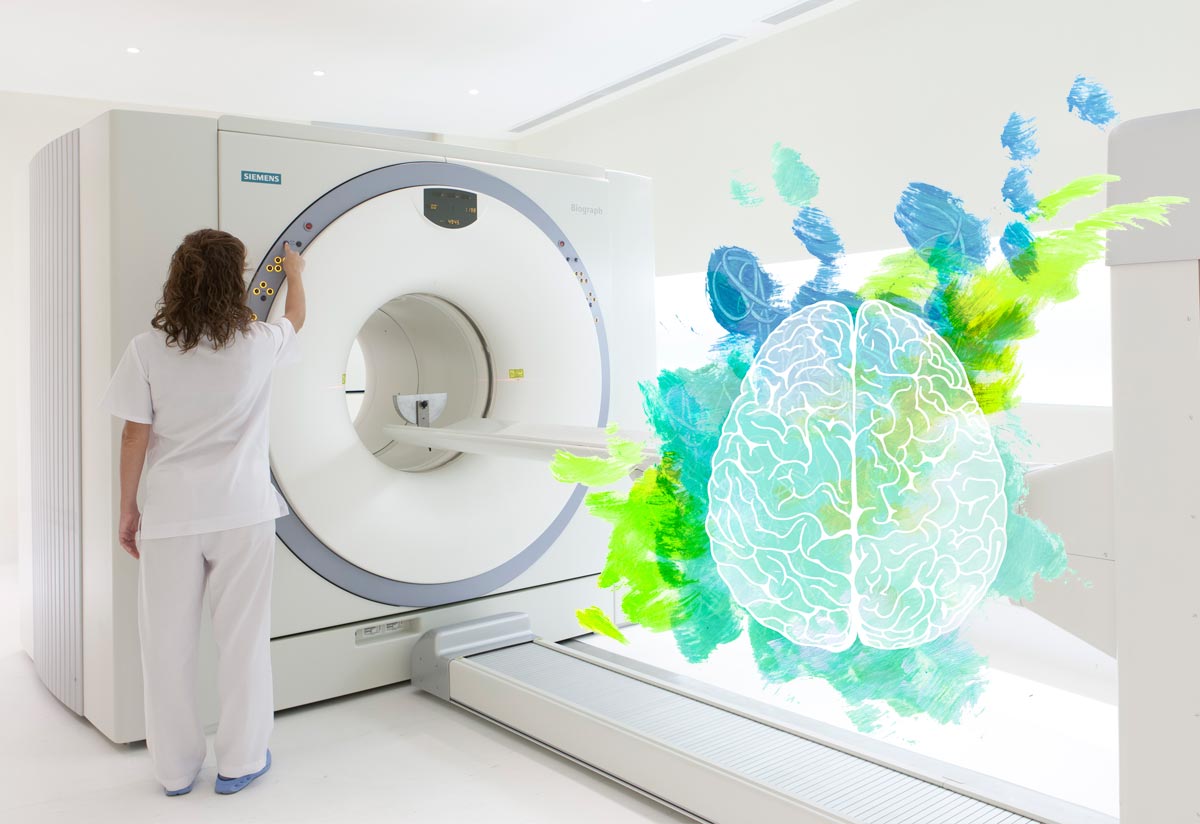 Yes, it is possible to diagnose early Alzheimer’s.

This is the main conclusion made in an article published in the Spanish Magazine of Nuclear Medicine and Molecular Imaging (Revista Española de Medicina Nuclear e Imagen Molecular), by some of the most reputable scientists in the field of Alzheimer’s in Spain, a consensus document to raise awareness. The article itself states that there are many healthcare professionals who still believe that no diagnostic tools exist for Alzheimer’s.

But there is and Spain is the European leader in its implementation. The technique is known as Positron Emission Tomography (PET) and although its use is essential for the diagnosis and monitoring of tumours, its application in the diagnosis of Alzheimer’s Disease, during the mild deteriorative cognitive phase, has shown to be very effective.

Researchers consider PET should only be used in cases of mild cognitive deterioration, in other words, when the first signs of some poor intellectual functioning have been detected at neuropsychological assessment.

In clinical practice it makes no sense to test any biomarker in an asymptomatic person, as we can still not state with certainty what this positive marker might signify, explained one of the study’s researchers.

However, the first neuroimaging technique they recommend is MRI. It is used to exclude other causes of the symptoms detected, such as a tumour, as well as to assess the degree of cerebral atrophy. MRI is much less sensitive than PET in Alzheimer’s at an initial phase, hence the importance of PET not only for diagnosis but also for differentiation between the different causes of cognitive deterioration.

HC Marbella provides its patients with the most advanced technology in the field of diagnostic imaging. Both this and the Neurology Unit, with Dr. Jesus Romerao Imbroda, are driving the expansion of diagnostic capacity in the neurological field at HC Marbella International Hospital.