Faecal testing for the detection of colorectal cancer 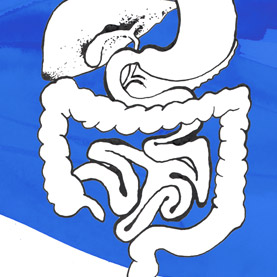 Colorectal cancer is one of the most common malignancies and one of the main causes of death from cancer. Survival is much improved when a diagnosis is made at an early stage, hence the importance of screening tests to enable a diagnosis as early as possible.

The incidence of this type of cancer increases with age, with the majority of cases occurring in those over the age of 50. For this reason, the majority of professional bodies and guidelines recommend starting screening tests at the age of 50, bearing in mind that each person’s case must be assessed individually to more accurately estimate that person’s risk.

Amongst the most straight-forward tests, due to their ease and affordability, are those performed on samples of faeces, these are basically of three types: those which detect occult blood in stools, and “multitarget” tests which detect not only blood but also genetic mutations associated with this type of cancer. Below we explain these tests in more detail.

The following table summarises these tests: 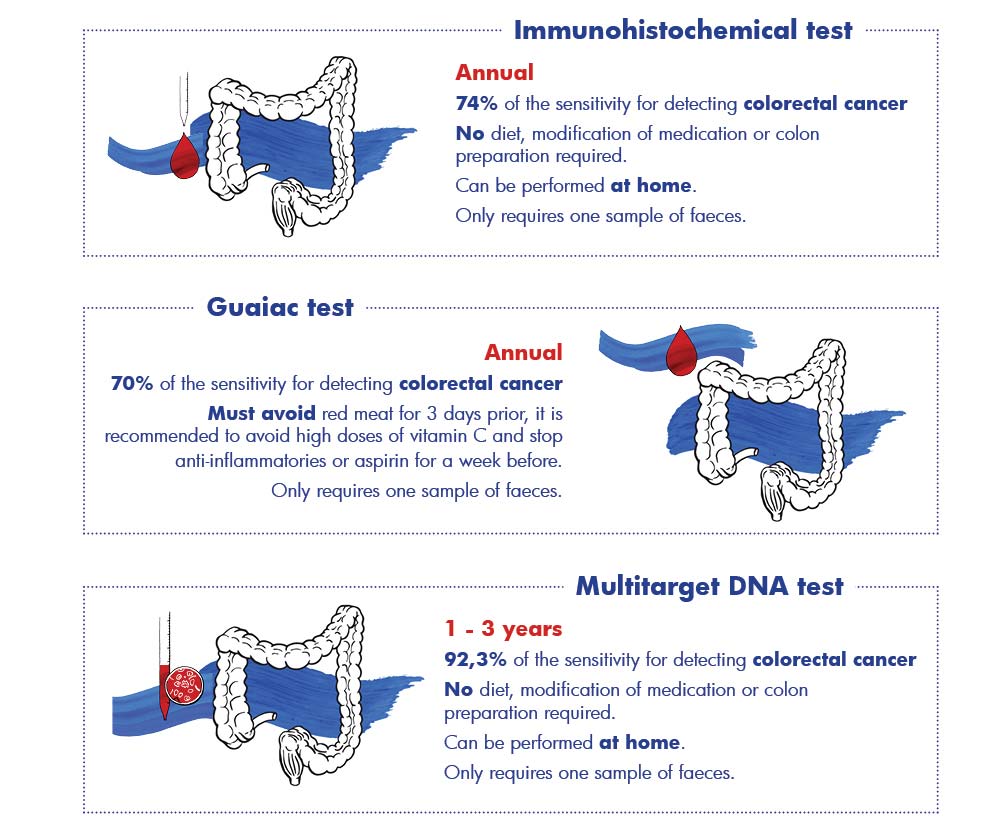 A positive result from any of these tests, requires more specific testing, in other words colonoscopy. This facilitates the detection of the cause of the positive result, as in many cases it will not be due to a malignant tumour. It also enables the removal of small lesions such as polyps. 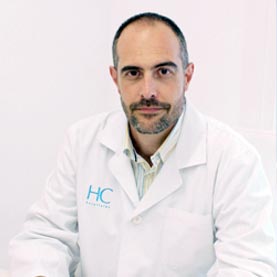 The study of each person’s individual case is still recommended to ascertain their potential risk and select the most appropriate method of testing in each case.