Our society is becoming increasingly aware of the dangers of tobacco on our health.

More than ten years after the two health acts entered into force, people have changed their habits as well as their attitudes towards tobacco. In this time, there have been great improvements in the Spanish population’s health.

Even though tobacco use in our country is still higher than the European average (we are in ninth place), its impact on our health has declined. For instance, the number of hospitalisations, deadly heart attacks and Chronic Obstructive Pulmonary Disease (COPD) hospitalisations has dramatically decreased. A drop has also been noted in the number of asthma-related hospitalisations. 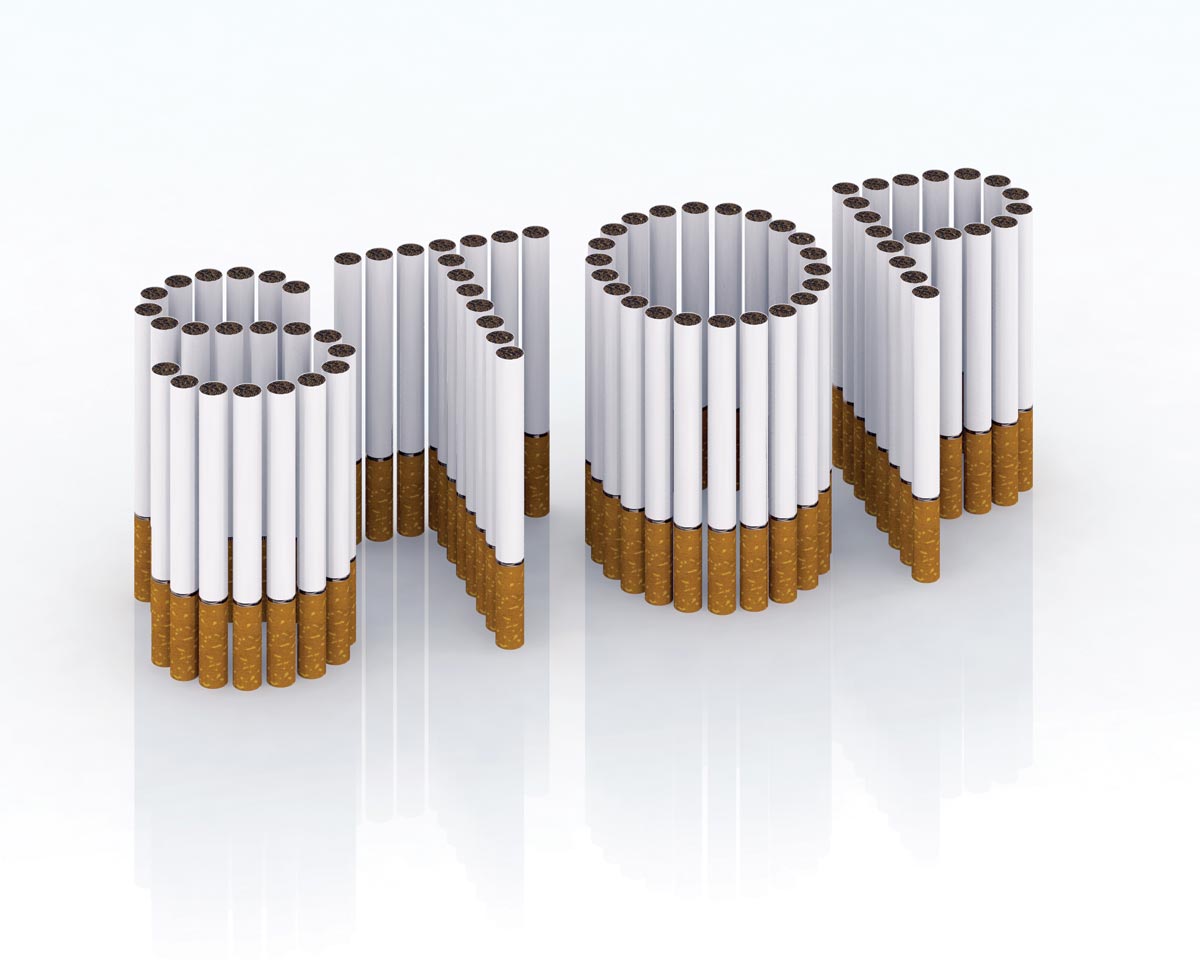 Nonetheless, we must remember that tobacco is the leading cause of preventable death in the world. Diseases directly related to active or passive smoking (lung, bladder, stomach, kidney and pancreas cancers, COPD, cardiovascular diseases and strokes) are among 6 of the 8 principal causes of death globally. Therefore, tobacco use accounts for 1 out of every 10 adult deaths.

It is also important to specify that second-hand smoke kills. For this reason, it is a significant achievement to have lowered the environmental tobacco smoke levels in the workplace. In the hotel industry for example, there has been a 90% drop in nicotine levels, as well as ambient particles. The number of passive smokers that have died has decreased from 1228 people in 2002 to 1028 in 2011.

The goal is to completely eradicate passive smoking since there is no safe level of exposure to second-hand smoke.

• For adults, second-hand smoking causes serious cardiovascular and respiratory diseases like heart disease and lung cancer. For breastfed babies, it causes sudden death and for pregnant women, it causes low birthweight for the new-born.

• Second-hand smoking leads to about 890 000 premature deaths every year.

Ten years ago, it was hard to believe that people would come to respect the no-smoking policy in public spaces or that smokers would change their habits in their own homes.

Healthcare providers haven’t finished their job just yet: we must continue helping our patients even more to motivate them to quit smoking.

Most smokers are unware of the dangers of tobacco. A study carried out in China in 2009, for example, revealed that only 38% of smokers know that tobacco causes heart disease and only 27% know that it causes strokes.

It has been shown that the majority of smokers that are aware of the dangers of tobacco want to quit. For this reason, we must inform our patients of the risks related to tobacco use and remind them of the many benefits of quitting smoking:

Therefore, we must inform them and give them the appropriate counselling and medication, as this can greatly increase the probability of success for a smoker who wants to quit.