The analysis of activity in certain groups of genes which can influence the way cancer will behave and respond to treatment. 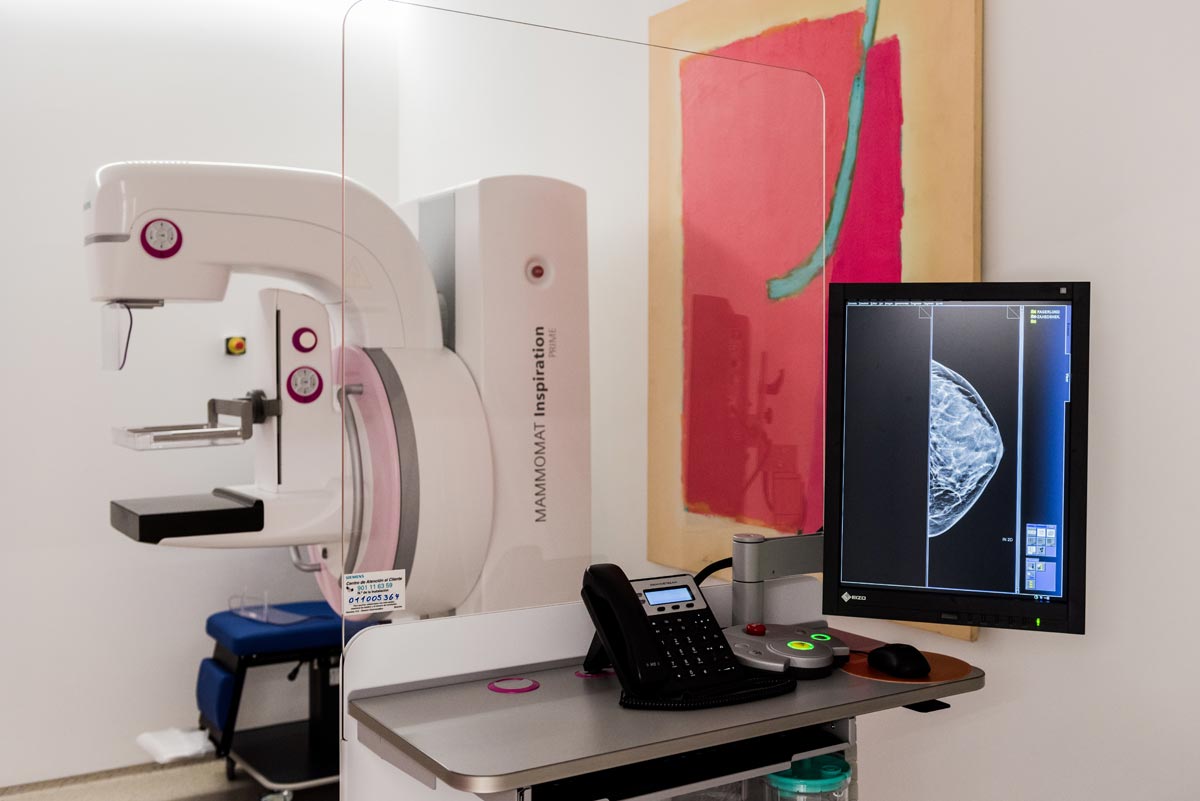 What is genomic testing?

It describes laboratory tests which are performed on samples of the patient’s tumour, either a biopsy or the whole piece removed during excision. Using modern techniques, key genes are isolated and examined for protein synthesis helping us to understand the true behaviour of the disease (prognosis), and even possible weaknesses which make it more sensitive to specific treatments (Targeted Therapy).

What are the differences between genomic testing and genetic studies?

– Genomic platforms or tests are studies performed on specimens of the tumour or tumour cells to check for gene alterations.

There are several types of commercial platforms for Breast Cancer including MamaPrint (70 genes), Oncotype (21 genes) and Prosigna (50 genes). Normally they provide information on the actual Breast Cancer subtype and the prognostic risk of recurrence, especially in patients where there are doubts regarding whether to administer chemotherapy after surgery.

– Genetic testing of individuals or their families involves studies on normal cells in healthy people, or those with the disease, normally taken from a blood sample, which are used to identify inherited genes which predispose to developing a certain type of Cancer.

There are a variety of genes being studied but the most well known in Breast Cancer are the BRCA1 and BRCA2 genes which predispose families with the mutation to developing Breast as well as Ovarian Cancer.

How do these tests help doctors in decision making when dealing with breast cancer?

Genomic platforms are studies which are performed on samples of tumour (biopsy or excised piece) enabling us to have a very accurate idea of their gene map and gene alterations. This gives us a much clearer idea of the prognosis and possible treatment than when we only possess conventional clinical data.

A genomic platform is especially useful when the possible benefit of adding Chemotherapy (with the toxicity and deterioration in quality of life it causes) to surgery is in question in patients with Breast Cancer who have had surgery at initial stage.

What type of tests are performed in HC?

When suggested by the oncologist, at our centre we have access to all the commercial genomic platforms approved for Breast Cancer as well as broader platforms such as Foundation One which includes other types of tumour, whatever their origin.

How do they work?

It is a very straightforward test for the patient, being performed on the tumour tissue which has already been excised or the biopsy tissue (small specimen) which was sent to the laboratory for genetic analysis. The result is obtained within a maximum period of 2 weeks and usually provides a risk scale demonstrating the associated probability of recurrence applicable in those who would not receive Chemotherapy.

Which patients can have this test?

In breast cancer its use is widespread in women following initial surgery and who are in the early stages of the disease, with no or very few affected lymph nodes (1-3) and who also have obvious hormone sensitivity (positive hormone receptors in the tumour cells). In these patients the result (High, Medium or Low risk) enables the decision to be made whether adding Chemotherapy to treatment would be more beneficial, therefore decreasing the risk of recurrence of the disease.

It also allows the tumour to be categorised in one of 5 different Breast Cancer gene classifications, each having a different prognosis and distinct therapeutic approach.