Liquid biopsy, as it is called, is a procedure which is currently highly topical in the treatment and monitoring of patients with cancer. Until recently it was only used in research programmes, but now liquid biopsy is becoming increasingly useful in the diagnostic and therapeutic planning of treatment in oncology patients.

The procedure is based on the natural evolution and behaviour of malignant tumour cells. In the process of growth they infiltrate the neighbouring tissues, becoming detached from the tumour and introduced into the circulation. These cells are called CTCs (circulating tumour cells) and can be detected and measured through special electromagnetic procedures which help to determine their presence and detect variations in concentration (number/ml) in line with the state of the diagnosed tumour. Afterwards, and once treatment has been given, CTC variation can be monitored, their evolution correlating with the patient’s condition. Subsequently the same checks can be performed periodically, monitoring for tumour recurrence the moment it occurs.

CTCs obtained from liquid biopsy have already been useful in breast cancer, colorectal cancer and cancer of the prostate for many years, their evolution being extensively studied and validated. In prostate cancer, increased CTC count has been detected in the circulation several months preceding the increase in serum PSA levels, with increased PSA being an indicator of possible recurrence.

This CTC measurement has now been complemented by the possible measurement not only of the number of cells present but also of DNA and RNA fragments present in the patient’s blood circulation known as ctDNA and ctRNA. This allows us to:

This is a significant advance in ascertaining the evolving status of different tumours. All that is required to check this is a simple blood test, taking just 5ml of blood. In the near future this procedure will be included as part of the usual management of the patient’s treatment.

Currently this investigation (Liquid Biopsy) is already being performed at HC Marbella Hospital’s Oncology Unit, mainly for patients with diagnostic problems but in the future it is likely to be used for the majority of patients to monitor the progress of their condition more accurately. 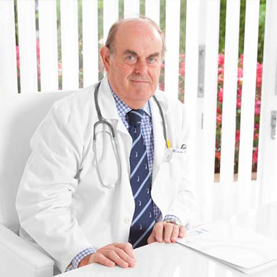 Improves the aesthetics of #scars, by Dra. Marta Frieyro