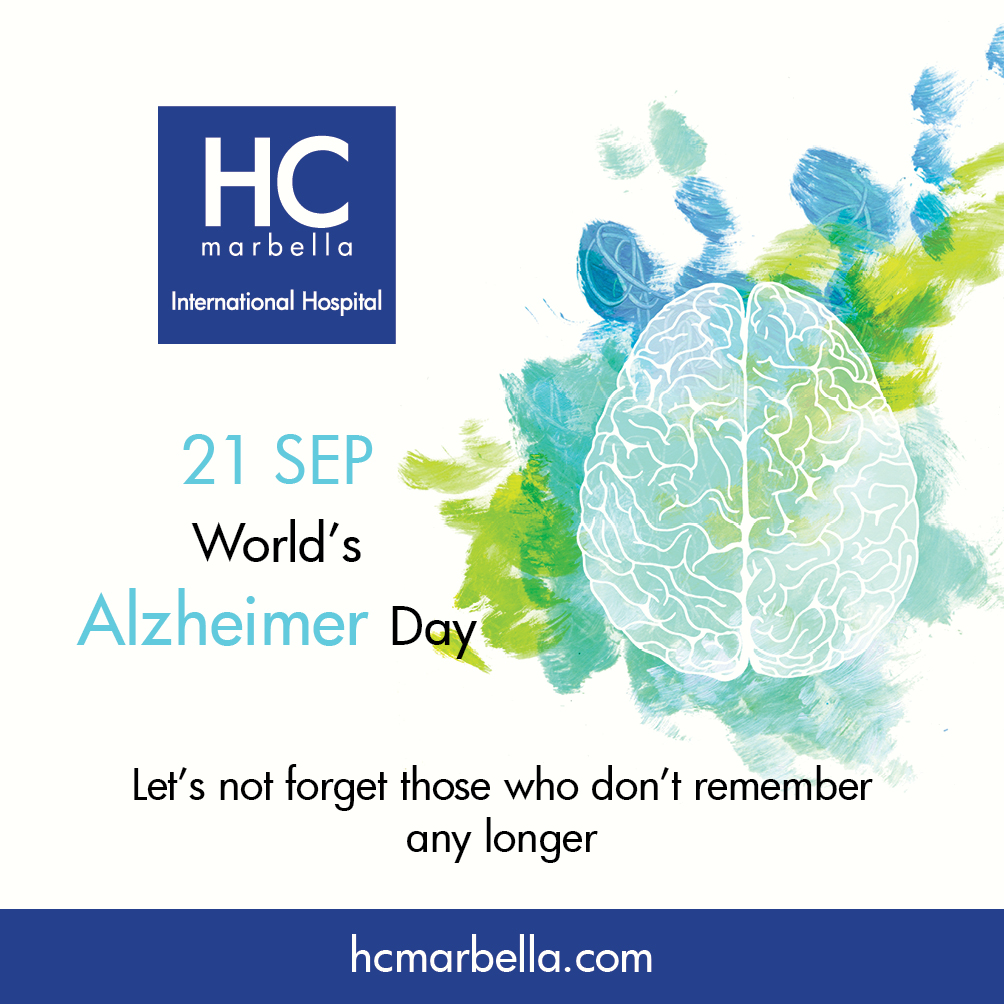 * The recent Alzheimer’s World Congress held in July in Chicago, shows that there are already studies to improve the diagnostic accuracy of the disease and it is expected that in the next three years we will have some kind of treatment that would modify its course.

* The preliminary results presented at the Congress were really encouraging and generate a light of hope.

In Spain, according to a study published in the journal of the Spanish Society of Neurology, cognitive impairment affects 18.5% of people over 65 years. Women present significantly higher rates than men. Prevalence increases with age, 1% between 65 and 70 years, doubling every 5 years, so it affects 13% between 80 and 85 years and 1 out of 3 over 90 years, presenting differences by level of education achieved and type of coexistence. With an increasingly long-lived population in the world, early detection is of vital importance.

The importance of early detection.

Alzheimer‘s is a neurodegenerative disease, progressive in course, and is caused -in part- by the accumulation of an abnormal protein in the brain known as amyloid. Although it is irreversible from the physiopathological point of view, there are several treatments that help to improve the symptoms.

How to detect it?

At present, the presumption of suffering from this pathology represents one of the main reasons for consulting the neurologist. A symptom that usually appears during the consultation is the loss of memory for recent events, such as forgetting appointments or where objects are left, asking many times the same or not remembering people who have just met. And is that Alzheimer’s disease involves areas of the brain that control the speed of thought, memory and language, among other aspects.

It is frequent that the patient, for fear of being hospitalized or as a mechanism of denial, tends to minimize their symptoms or ignore them while family members, anguished, may exaggerate the intensity and frequency of their manifestations. However, there are signs of alarm that must be taken into account when making the inquiry: decrease in recent memory, difficulties in carrying out tasks that are usually performed, problems with language and communication, disorientation in time and place, decrease in reasoning and judgment abilities, problems with abstract thinking, loss of objects or placement in wrong places, changes in mood or behavior, changes in personality, and decrease in initiative. In the presence of these signs, it is important to consult with a neurologist experienced in these types of problems.

There are other types of dementia to rule out and, of course, the first, some diseases that are treatable – curable and have a specific treatment other than Alzheimer’s disease.

The news is encouraging.

The conclusions of the recent World Congress of Alzheimer carried out last July in Chicago, affirms that there is a glimmer of hope in the appearance of a treatment that would modify the course of this disease. Currently, there is an advance in early diagnosis with studies known as biomarkers. This means that there are already studies to improve the diagnostic accuracy of Alzheimer’s. It is important to emphasize that early diagnosis is of vital importance to improve this disease, which is neurodegenerative and whose major risk factor lies in the course of the years, that is, in aging.

What are the biomarkers of Alzheimer’s?

Until very recently, the diagnosis of Alzheimer’s was based on clinical criteria and it was considered that the disease began when the symptoms appeared. At present, the medical diagnosis of the disease is still clinical, that is, based on the presence of symptoms. However, thanks to the information obtained through the study of biomarkers, we now know that this disease has a silent previous phase, called the preclinical phase. This means that brain damage begins decades before the first symptoms appear.

The information provided by biomarkers can be definitive for the prevention of Alzheimer’s. The goal is to slow or delay the evolution towards dementia in those who still have no obvious symptoms, but in which their brain is already undergoing changes. These changes can only be detected through the analysis of specific biomarkers.

In the case of Alzheimer’s, the biomarkers are:

• The levels of beta-amyloid and tau proteins in the cerebrospinal fluid, which are analyzed from the fluid extracted by a lumbar puncture.

• The detection of the accumulation of these proteins in the brain by means of positron emission tomography (PET).

• Studies of structural, functional or molecular image of the brain and its regions through magnetic resonance and positron emission tomography (PET) technologies with a glucose tracer.

Currently, researchers are looking for new biomarkers of Alzheimer’s disease, while studying whether changes in beta-amyloid and tau protein levels can be detected by simpler techniques, such as blood or urine tests.

What do biomarkers indicate?

There is still a lot to study in regards to biomarkers. To date, the study of biomarkers is used in research, and is still not being applied to the usual clinical practice, which is usually based on the clinical history, patient’s exploration, complete and specific analysis of values that influence the cognitive state of the person, and neuroimaging study.

We know that biomarkers begin to alter long before the onset of symptoms, but not all people who have any alteration in the biomarkers described to date, end up developing the disease. Thus, 20% of the population of 60 years and 30% of the population of 80 years would have cerebral amyloidosis (accumulation of beta-amyloid protein in the brain, typically present in people with Alzheimer‘s disease), but a good part of them I would not develop symptoms of dementia. We still do not know the reasons for this. The investigation is still looking for answers.

* Check your case or your family member’s case with Dr. José Antonio Sanchez García. In the presence of these signs, it is important to consult with a neurologist experienced in these types of problems.

* At HC Marbella we have the most advanced diagnostic techniques to perform an early diagnosis, which is of vital importance to improve this neurodegenerative disease and whose biggest risk factor lies in the course of the years.