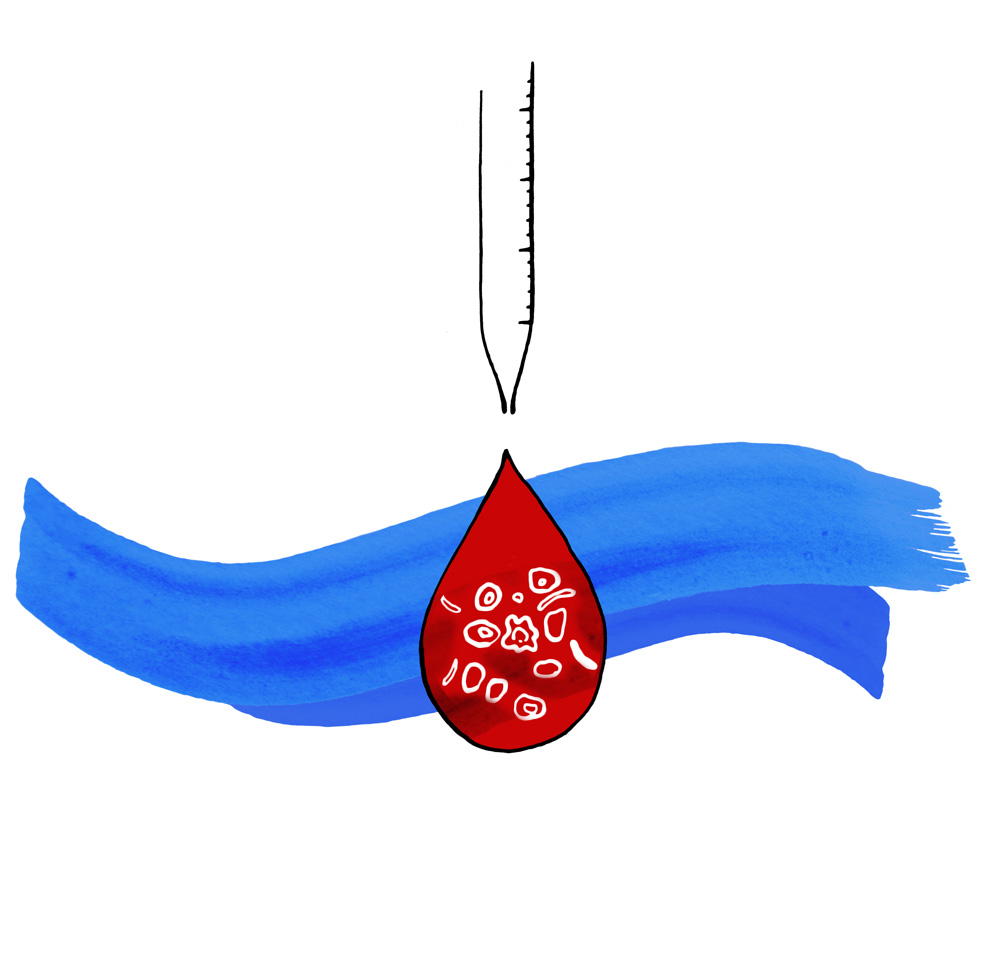 Hematology and oncology are closely linked.

The first is to diagnose and treat those diseases of the blood and related organs such as bone marrow, lymph nodes and spleen, the main pathologies being anemia, thrombopathies, lymphomas, hemophilia, leukemia. Oncology, meanwhile, is dedicated to the study, diagnosis and treatment of cancers.

Among the most frequent hematological cancers are:

– Lymphomas: that originate in the lymphatic system.

– Leukemia: affects the cells of the bone marrow and the blood.

– Myelodysplastic syndrome: alterations that can occur when the blood-producing cells in the bone marrow become abnormal cells.

Lymphoma is a cancer that begins in the cells of the lymphatic system.

Lymphoma is the most frequent blood cancer and the third most cancerous type usual in children. Although the incidence of this disease is increasing, many people are still not aware of its importance and seriousness.

Symptoms can be confused with other pathologies.

How many people are affected?

Around one million people around the world live today with a lymphoma. This type of cancer is one of those that is increasing its incidence faster than others. The cause for which it occurs is still unknown.

Non-Hodgkin lymphomas represent the seventh most frequent tumor group in the world. It is estimated that, for every 100,000 inhabitants, there are 7.7 men and 5.2 women. In Spain, in the period of 97-00 the annual incidence of Non Hodgkin lymphoma was about 5,400 new cases a year, ahead of other pathologies tumors, such as cancer of the pancreas, liver, kidney, or ovary. In Hodgkin’s Lymphoma, the average cumulative annual incidence in that period was about 1,400 cases.

Adult Hodgkin’s lymphoma is a type of cancer that occurs in the lymphatic system, which is part of the body’s immune system. The immune system protects the body from foreign substances, infections and diseases.

• Adult Hodgkin lymphoma is a disease in which malignant (cancer) cells form in the lymphatic system.

• There are two main types of Hodgkin’s lymphoma: classic and nodular with lymphocyte predominance.

• Age, sex, and Epstein-Barr virus infection can affect the risk of Hodgkin lymphoma in adults.

• To detect (find) and diagnose Hodgkin’s lymphoma in adults, tests are used to examine the lymph nodes.

Hodgkin’s lymphoma can occur in both adults and children. Treatment for adults is different from treatment for children. It also manifests in patients with acquired immunodeficiency syndrome (AIDS); These patients need special treatment.

Age, sex, and infection with Epstein-Barr virus can affect the risk of Hodgkin lymphoma in adults.

The treatment will depend on the state of the lymphoma, if the Hodgkin’s lymphoma is in a favorable initial state it can include combination chemotherapy, chemotherapy combined with radiotherapy directed to the parts of the body that have cancer.

If the Hodgkin’s lymphoma is in an unfavorable initial state it may include combination chemotherapy or chemotherapy combined with radiotherapy directed to the parts of the body that have cancer.

The prognosis for people with Hodgkin’s lymphoma varies by stage.

The numbers below are from the National Cancer Institute’s SEER data center, which included more than 8,000 people diagnosed with Hodgkin’s lymphoma between 1988 and 2001.

Ask us your case At HC Marbella, our specialized consultant oncologists are leaders in Spain and recognized throughout Europe. They will assess your case and tell you what may be the most appropriate treatment for you. The team works in multidisciplinary committee groups, and its goal is to obtain the best results, in a stress-free, comfortable and modern environment that helps patients feel as comfortable as possible.