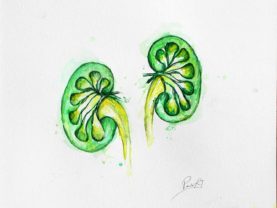 Treatment of kidney cancer with Immunotherapy: a new way of thinking.

Renal cell cancer (kidney cancer or renal adenocarcinoma) is a disease in which cancer cells are found in the lining of the tubules of the kidney. Fortunately it is becoming easier to detect because with a routine ultrasound the presence of the disease can be noticed. The annual incidence today is between 3 and 5 percent of solid tumors, and worldwide there are about 300,000 new diagnoses every year.

Renal cell cancer can be cured if it is diagnosed and treated when it is still located in the kidney and surrounding immediate tissue. The chance of cure is directly related to the degree of tumor spread, and even when the regional lymph nodes or blood vessels are compromised by the tumor, a significant number of patients can achieve prolonged survival and probable cure. The pathology is twice as frequent in men as in women and usually appears between 60 and 75 years. Obesity, hypertension and smoking are risk factors for tumor development.

The goal of immunotherapy is to stimulate the body’s immune system to help fight or destroy cancer cells.

The most frequent way to treat the tumor is through surgery, targeted therapy, immunotherapy or a combination of these treatments. Radiation therapy and chemotherapy are very occasional.

Cancer cells use natural pathways in the body to help avoid being detected and destroyed by the immune system. For example, these cells often have a protein called PD-L1 on their surfaces that helps them evade the immune system.

New drugs that block the PD-L1 protein, or the corresponding PD-1 protein found in immune cells called T cells, can help the immune system recognize cancer cells and attack them.

It is a new form of immunotherapy called Directed Immune Therapy (Checkpoint Inhibitors). The new drugs of this group have a very interesting future, making the immunotherapy go to the first line in advanced kidney cancer.

Several drugs that block these proteins are in development at this time, and some have shown promising results in kidney cancer. For example, Nivolumab (Opdivo®) has been approved for use in advanced kidney cancer, since it has shown great efficacy in some patients.

Nivolumab is a drug that binds to PD-1, and blocks its interaction with PD-L1, enhancing the immune response against cancer cells, which can reduce or slow the growth of some tumors. Nivolumab monotherapy is indicated for the treatment of advanced renal cell carcinoma (RCC) after previous treatment in adults. It is administered by intravenous infusion, usually every two weeks.

At the European congress of medical oncology ESMO 2017, a study has been presented that has tested the efficacy of the combination of two immunotherapeutics, nivolumab and ipilimumab, in patients with advanced kidney cancer who have not been previously treated, considered of intermediate or poor prognosis, against one of the standard treatments, sunitinib.

“The results are very prominent. For the first time with a treatment in renal cancer, it has been possible to clearly demonstrate a benefit in terms of survival, which opens the doors to rethink the treatment of this type of cancer in the first line”.

The side effects of immune checkpoint inhibitors can include tiredness, coughing, nausea, itching, skin rash, loss of appetite, constipation, joint pains and diarrhea. There are, however, other more serious side effects that can occur less frequently. Since these drugs work basically by removing the “brakes” of the body’s immune system, sometimes the immune system starts attacking other parts of the body, which can cause serious problems in the lungs, intestines, liver, hormone-producing glands, kidneys or other organs.

What we want is to cure kidney cancer, but if we can not, we want to at least chronify it.

This is stated by Dr. Alcalde, HC Marbella oncologist, noting that “Nivolumab has been the first to demonstrate a survival benefit. Before, people from the time they began to treat until their death passed 15 months. With the administration of this medication, survival has been extended to 25 months, a very significant achievement for the life of any person. ” In turn, “it has been proven that it is tolerated quite well, and this was one of the challenges we had because the other drugs are very toxic”.

And with the use of the combination of immunotherapeutics, a reduction in the risk of death that is around 37 percent is induced. “These drugs are able to induce a response, to reduce the size of the tumor in up to 42 percent of patients, and are also able to stabilize the disease, stopping its growth, up to an additional 31 percent,” he says.

Thus, about 70 percent of treated patients would benefit from this combination, either because the cancer is reduced or because it stops growing. Dr. Alcalde is confident that in the coming months regulatory entities will approve this combination, so that the first-line treatment can be incorporated.

“We are facing a therapeutic revolution”

Dr. Alcalde emphasizes “With immunotherapy we think in another way: that it is the same organism that is activated to defend itself from these malignant cells. This means that we are facing a major change in the treatment of cancer. Chemotherapy was like shooting a cannon, which takes everything and instead now what we do is teach the cells to attack the tumors. ”

The challenge now is to select the patients that can benefit from this strategy.

One of the great challenges is to know why in the same tumors the immunotherapy works in only in some subjects. It can also happen that there are patients in whom the stimulation of the immune system is very high and in that case there may be a reverse reaction known as autoimmune disease where the body itself is attacked.

Consult us your case or the person of your affected environment. Our specialized consultant oncologists are leaders in Spain and recognized throughout Europe. They work in multidisciplinary committee groups, and their goal is to obtain the best results. 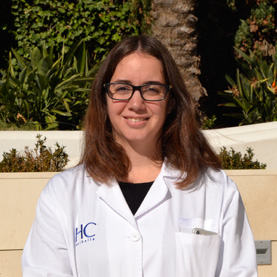