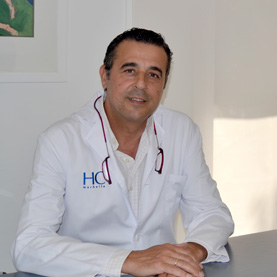 Diabetes is a chronic condition which is triggered when the body either loses its ability to produce sufficient insulin or is unable to use insulin effectively. Insulin is a hormone produced by the pancreas which allows glucose from food to pass into the body’s cells where it is converted into energy, enabling muscles and tissues to function. As a result a person with diabetes does not absorb enough glucose, leaving it circulating in the blood (hyperglycaemia) which over time causes damage to the tissues.

Diabetes affects approximately 2,600,000 people throughout Spain. According to an estimate from the World Health Organisation more than 180 million people suffer from diabetes worldwide, a number which is predicted to double by the year 2030. Without adequate control diabetes can have serious consequences, it being the fourth cause of premature death in women, and the eighth in men.

Commitment to make an early diagnosis in at risk populations in addition to the updating of diagnostic criteria have played their part in this increase in incidence over the last few decades. But this upward trend can also be explained by urban lifestyle factors such as a diet high in sugar and saturated fat along with physical inactivity, making education regarding a healthy lifestyle more and more significant for this group of patients as well as for the prevention of this disease in the general population.

Unfortunately the general population has a significant lack of knowledge regarding the factors associated with the incidence and control of diabetes. One study recently performed by the Spanish Diabetes Society concluded that the general population, despite living with diabetes in a large number of cases, were not aware of the risks or the symptoms, these being essential for healthcare strategies and to achieve an early diagnosis. Achieving a diagnosis is fundamental in the reduction of complications and mortality in patients with diabetes. Two aspects which tend to be underestimated when we consider that more than half of the Spanish population are unaware of the relationship between diabetes and other serious conditions such as stroke or cerebral infarct and neuropathies. 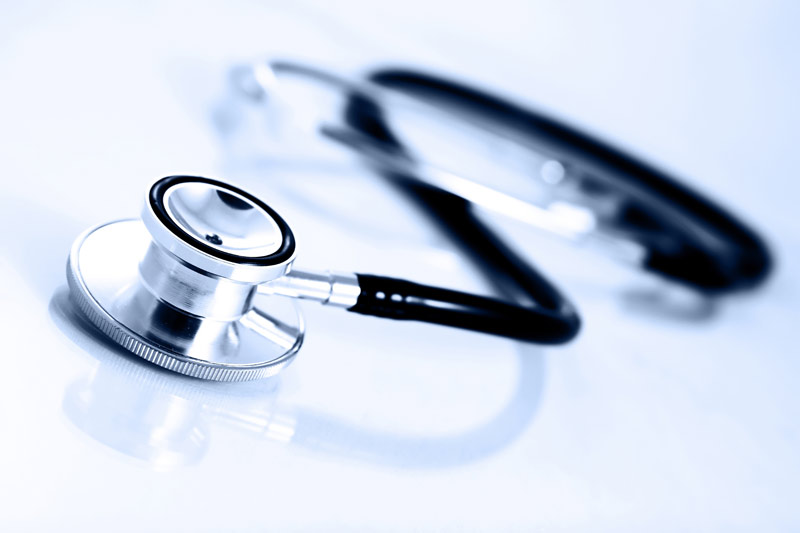 The two most common types of diabetes are type 1 diabetes and type 2 diabetes.

Type 1 diabetes is caused by an autoimmune reaction, where the body’s defence system attacks the insulin producing cells in the pancreas. As a result the body stops producing the insulin which it requires. The disease can affect a person at any age, but it often appears in children or young adults. People with this form of diabetes need daily injections of insulin with the aim of controlling blood sugar levels. Without insulin someone with type 1 diabetes will die.

Type 1 diabetes usually develops quickly and can present symptoms such as abnormally increased thirst together with a dry mouth, frequent urination, extreme fatigue or lack of energy, a constant appetite with sudden weight loss, slow wound healing or recurrent infections as well as blurred vision.

People with type 1 diabetes can live a normal, healthy life through a combination of daily insulin treatment, strict monitoring, healthy diet and regular physical exercise. The number of people who develop type 1 diabetes increases every year. The reasons for this remain unclear, but it may be due to changes in environmental risk factors, circumstances during development in the womb, nutrition during the first stages of life or viral infections.

Type 2 diabetes is the most common type of diabetes. It usually occurs in adults but is now appearing more regularly in children and adolescents. In type 2 diabetes the body can produce insulin but there is either not enough or the body does not respond to its effects, causing an accumulation of glucose in blood.

People with type 2 diabetes can go for a long time without knowing about their illness as the symptoms can take years to appear or be recognised, time during which the body is deteriorating due to the excess glucose in the blood. Many people are only diagnosed when complications from diabetes develop. This is why early detection of diabetes is of great importance.

Although the reasons for developing type 2 diabetes are still not known, there are several significant risk factors. These are: obesity, poor diet, lack of physical activity, advanced age, family history of diabetes, ethnic origin and inadequate nutrition during pregnancy affecting the development of the child. In contrast to people with type 1 diabetes, the majority of those who have type 2 diabetes do not usually need a daily dose of insulin to survive. However prescribed insulin may be required to control the problem together with oral medication, a healthy diet and increased physical activity. The number of people with type 2 diabetes is rapidly increasing throughout the world. This increase is related to economic development, the increasing age of the population, increased urbanisation, changes in diet, decrease in physical exercise and other lifestyle changes.

In almost all countries with high admission rates, diabetes is one of the main causes of cardiovascular disease, blindness, renal failure and lower limb amputation. Maintaining blood sugar levels, blood pressure and cholesterol close to normal can help to delay or prevent complications arising from diabetes. People with diabetes need to have regular check-ups to detect possible complications.

Simple lifestyle measures have been shown to be successful in the prevention or delay in development of type 2 diabetes. To help prevent type 2 diabetes and its complications it is essential to reach and maintain a healthy weight, as well as to keep physically active including performing at least 30 minutes of regular, moderate intensity exercise most days of the week. Consuming a healthy diet rich in fruit and vegetables and reducing sugar and saturated fat intake is extremely important as is the avoidance of smoking, known to increase the risk of suffering from cardiovascular disease.

An early diagnosis can be made with a relatively cheap blood test. The treatment for diabetes consists of reducing the blood sugar and managing any other known risk factors which cause damage to blood vessels.

Moderate control of blood sugar levels, blood pressure and cholesterol are essential objectives in the treatment of diabetes. Equally important are foot care, retinopathy (a cause of blindness) detection tests and early detection of early signs of diabetes related nephropathy. For effective control of diabetes collaboration between the person with diabetes and healthcare professionals is essential.

Sorry, this entry is only available in European Spanish. For the sake of viewer convenience, the content is shown below in the alternative language. You may click the link to switch the active language.